EUR 399.99 EUR 67.33
Warhammer Vermintide 2 Steam CD Key Global
In Stock! Pre-purchase now and get the DLC Death on the Reik and access to the Beta prior to launch 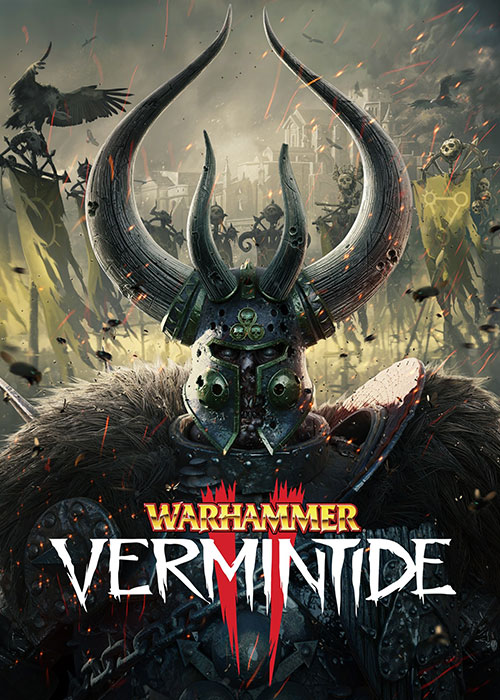 USD 40.13 USD 65.07
Buy Now
Vermintide is back – darker, bloodier and more intense than ever!
Warhammer: Vermintide 2 is the sequel to the critically acclaimed Vermintide. The time has arrived to revisit the fierce first-person co-op slaughter-fest featuring visceral and ground breaking melee action, set in the apocalyptic End Times of the war-ravaged Warhammer Fantasy Battles world.

Our 5 heroes have returned to take on an even greater threat – the combined forces of a malevolent and destructive Chaos army and the swarming Skaven horde. Prepare to be challenged like never before as you and your team desperately try to survive the never-ending onslaught. Choose between 15 different careers, climb the talent trees, customize your arsenal to fit your unique play style, fight your way through a myriad of stunning levels, and challenge yourself in our new Heroic Deeds System. The only thing standing between utter defeat and victory is you and your allies. If you fall - so will the Empire.

Features:
5 Heroes with 15 Career Paths - Choose between 15 unique careers, each with different appearances, abilities, talents and weapons.
Relentless 4 Player Cooperative Experience - The combined forces of Chaos and Skaven are savage and merciless, and it will take a coordinated team effort to make it out alive.
Chaos and Skaven Working Together - Prepare to face a threat of unparalleled magnitude as the Chaos and Skaven armies have formed a dark pact to plunge the world into death and decay. Our heroes will face a horde of hostile combatants in a variety of shapes and sizes.
Fight Overwhelming Enemy Hordes - Facing the infinite numbers of the Skaven combined with the brutal strength of the Chaos army, the heroes must stand together and their fight must strike a balance between sound tactics and fury to overcome unimaginable odds.
The Heroic Deeds System - Experience unique scenarios and intense trials with our new Heroic Deeds System - consumable quests that will dramatically alter enemy composition, level settings, weapon use and mission objectives.
Talent Trees and Progression - Level up your heroes and climb the talent tree of your chosen career, unlocking new abilities and gaining access to powerful gear along the way.
The Adventure Continues - Explore a wide range of breathtaking new levels set in and around Helmgart, a fortress city protecting the Bretonnian border of the Empire.
New Improved Loot System - At the end of each mission, you will be rewarded with relevant loot - weapons, consumable quests, trinkets, hats, crafting material and more - all applicable to your chosen career.